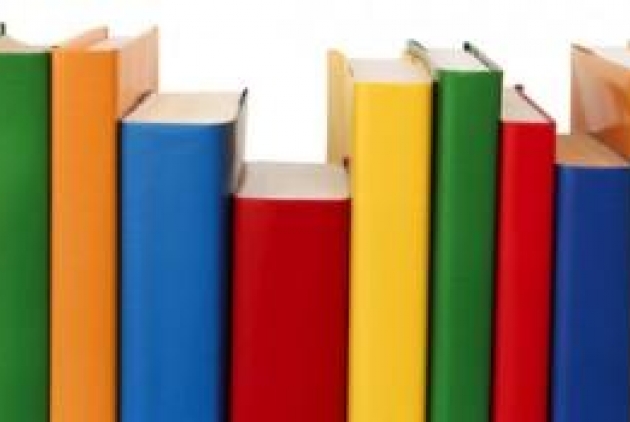 Creating a library for faith

Margaret Pritchard Houston, a children's minister in London, argues for the importance of helping children build a 'library' of hymns, songs, scripture and prayers that they will be able to draw on in the future:

Building the library
The last year life has been turbulent.  Everything from a burglary, to unemployment, the death of a family friend, and much more, has seemed to happen to us all at once.

The other day, I was doing chores around the house, not consciously thinking of anything in particular, when I found a verse of "How Firm A Foundation" running through my head:

When through fiery trials thy pathways shall lie,
My grace, all sufficient, shall be thy supply;
The flame shall not hurt thee; I only design
Thy dross to consume, and thy gold to refine.

We've all had these moments -  when our subconscious throws up exactly what we needed to hear right then.  More often that not, it's something we've known for ages, something whose words are so familiar to us that they feel like part of what makes us ourselves.  This is our library - the songs, stories, quotes, prayers, poems, pieces of scripture, words of wisdom from friends and family that we draw on to make sense of our lives, and to get us through tough times.

One purpose of children's ministry is to make sure that Christian stories, Christian imagery, and the great works of Christian hymn-writing and prayer are part of our children's library.  This is why it's important not just to present our children with prayers and hymns that are "for children," but to introduce them to the classics, the ones whose words are rich and mysterious, and which they may not entirely understand.

Dorothy L. Sayers wrote about three stages in educational development - "These, in a rough-and- ready fashion, I will call the Poll-Parrot, the Pert, and the Poetic--the latter coinciding, approximately, with the onset of puberty.

The Poll-Parrot stage is the one in which learning by heart is easy and, on the whole, pleasurable; whereas reasoning is difficult and, on the whole, little relished. At this age, one readily memorizes the shapes and appearances of things; one likes to recite the number-plates of cars; one rejoices in the chanting of rhymes and the rumble and thunder of unintelligible polysyllables; one enjoys the mere accumulation of things.

The Pert age, which follows upon this (and, naturally, overlaps it to some extent), is characterized by contradicting, answering back, liking to "catch people out" (especially one's elders); and by the propounding of conundrums. Its nuisance-value is extremely high. It usually sets in about in Year 4.

The Poetic age is popularly known as the "difficult" age. It is self-centered; it yearns to express itself; it rather specializes in being misunderstood; it is restless and tries to achieve independence; and, with good luck and good guidance, it should show the beginnings of creativeness; a reaching out towards a synthesis of what it already knows, and a deliberate eagerness to know and do some one thing in preference to all others."

Children who have been taught the Noah story, the Exodus story, the Jonah story, the Baptism of Jesus, the imagery of the River of Life in the Kingdom of God, who know the words to "Wade in the Water" and who can recite "when I tread the verge of Jordan / Bid my anxious fears subside / Death of death, and hell's destruction / Land me safe on Canaan's side," who have heard the Prayer over the Water at Baptism services and been sprinkled with water at Easter Vigils ... they will have the building blocks on which to discuss, when they grow older, the imagery of water in Christianity, its paradoxical position as source of life and metaphor of death.  Children who have had these things withheld from them "until they're old enough to understand" will have no such instinct.

I was reminded of this two weeks ago when I was finishing a Sunday School lesson with the 5 to 11-year-olds.  I lined the children up and, as usual, began to recite the prayer of St. Francis, moving down the line and making the sign of the cross, with my thumb, on each child's forehead.

First one child, then another, and finally, most of the row, began to join in. "Where there is darkness, let us sow light - where there is injury, pardon; where there is doubt, faith ... where there is discord, union ... grant that we may not so much seek to be consoled as to console, to be understood as to understand, to be loved as to love."

I doubt many of the five-year-olds could tell you what "discord" meant, and probably even some of the older children are envisioning us SEWING peace, rather than sowing it, coming up with some complex explanation for why this makes sense.  But this prayer is in their blood now - they know it, its rhythms and cadences are becoming more familiar every week.  It is becoming part of them.  And who knows when, twenty years down the line, on a day when they are full of grief or confusion, the line "it is in dying that we are born to eternal life" may spring, unbidden, in their minds, with all the promise of Christian hope that it contains?

What hymns, prayers, scripture and stories would you wish to place in a children's spiritual library? Let us know.